Hyptheses for the methane sourcesEdit 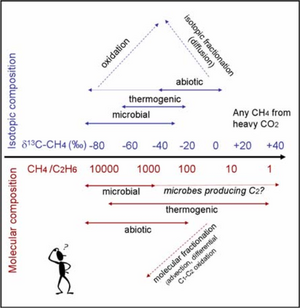